SOLO EXHIBITIONS (some of them):

COLLECTIVE EXHIBITIONS (the most significant ones):

WORKS IN COLLECTIONS OF: 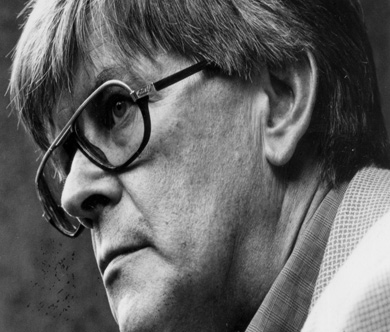 “I used to know some excellent artists of functional graphics, who tried their hand at pure graphics, but with the poor result, frankly speaking; as if the finger of God himself shows them the right direction, ordering them to design simple logos rather than to reveal the depth of spirit. Re-debut of Kluska in graphic arts, which was not so long ago, was rather imposing. These dozen etchings, which are representative of his art, include works that are undoubtedly the top of contemporary Polish graphic, in which we are highly successful. Therefore the uniqueness of this re-debut gets more significant.”

Tadeusz Nyczek (born August 1, 1946 in Kraków) – literary, theater and artistic critic; He studied Polish philology at the Jagiellonian University. T. Nyczek collaborated with many literary journals, theaters, galleries. Untill 1981, he belonged to the Polish Writers Union and the Association of Polish Journalists. In 1989, Nyczek received B. Szulowska Award, in May 1998 he was awarded the Prize of the Krakow Book of the Month for the book 22 x Szymborska, in 2000, Nyczek received Kazimierz Wyka Award. On September 22,2010 he was awarded the Medal of "Niezłomny w słowie" (award for an activity on behalf of freedom of speech).

“Stanislaw Kluska is one of those artists who are not looking for purity of the art form, aesthetics, or formal beauty. He feels close connection with his poetry mentors, moralizers, because like them Kluska speaks by images that need to be read. The content of graphics is important and the theme is always the man and his invariant fate in the cycle of history. Kluska is an observer and narrator. He looks at the world from a distance with kindness and irony. The people who are observed by Kluska appear as enchanted beings in a meaningless striving for anything, entangled in the fate with preordained destiny. This is the kind of story of people that are possessed and fettered. The images of Kluska resemble those ships of madmen, medieval dances of death, hospitals, insane people, graveyards. All is vanity, everything is gone, memento mori. Kluska is concerned with the vision of the apocalypse, passing, and that makes him similar to the old masters, who similarly warned people against the end of the world. Yet the graphics of Kluska do not threaten. The images would be rather thought-provoking, they call for humility and can be regarded as a morality play of a fair mentor.”